Learn how you can depend on us

See your hospital in a whole new light. 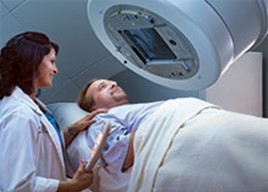 Depend on us for cutting-edge technology, specialists and facilities.

Wood County Hospital was founded in 1951 with support from the Wood County community. Wood County residents believed so much in the hospital back then; they played a key role in its early development. They sold blankets, went door-to-door asking for donations, held bazaars, and even sold a heifer to generate funds to make sure those early years were healthy.

The trust and respect that has accrued over its lifetime is built on a tradition of “being there” for Wood and Henry County residents – in good times and bad – 24 hours-a-day, 7 days-a-week. There is no time when you could ask for help that it would not be there for you.

Today, with over 700 individuals employed, the Hospital is proud to be a valuable resource, ready to serve our community. We believe the strength of the community lies in having excellent health care close to home, with neighbors caring for neighbors. We’re proud to say that our community can depend on us.

The following is a timeline of expansions and upgrade projects in the hospital's 60 year history, with the majority of the dates provided by Roger Chapman's book, Doctors on Horseback.

"Wood County Hospital has had an almost constant upgrading and expansion of its original building, making it seem like an old-fashioned quilt," wrote Roger Chapman in his book, "It Started with Doctors on Horseback." The book is a history of medicine which marked the 50th Anniversary of Wood County Hospital in 2001.